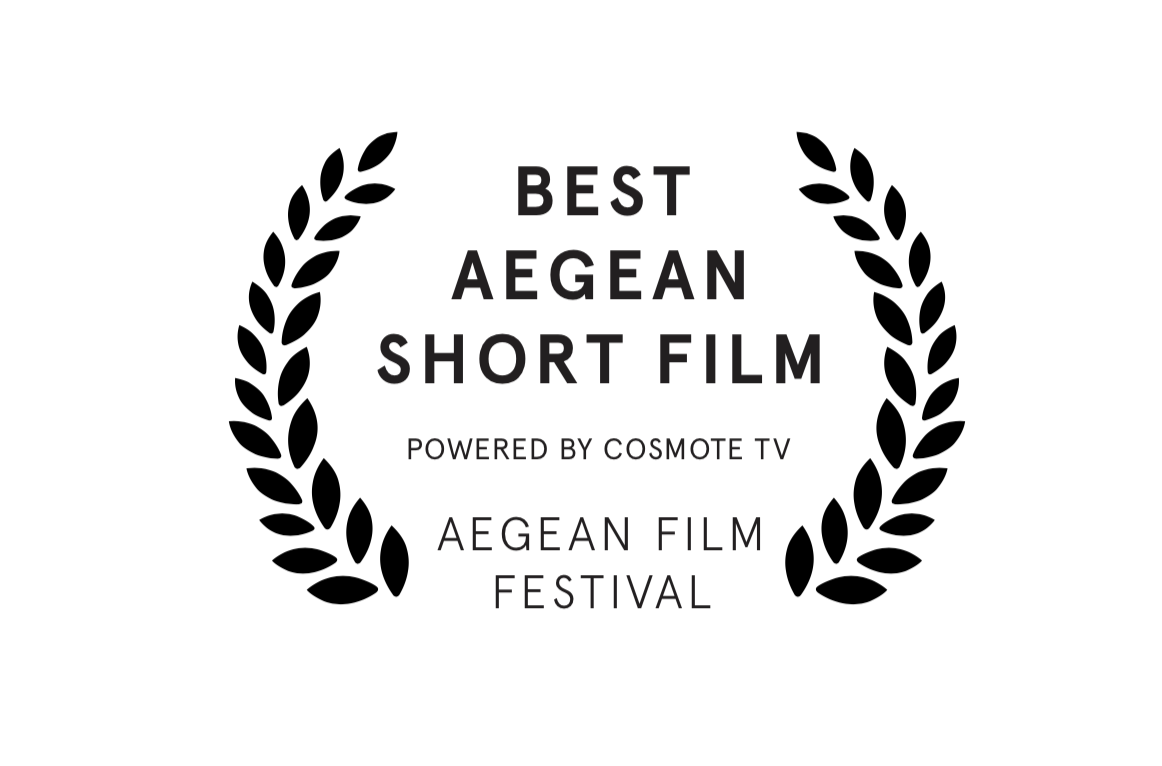 
Join us next year on the islands, watch great films and have your work reach wider audiences.
Film Submissions 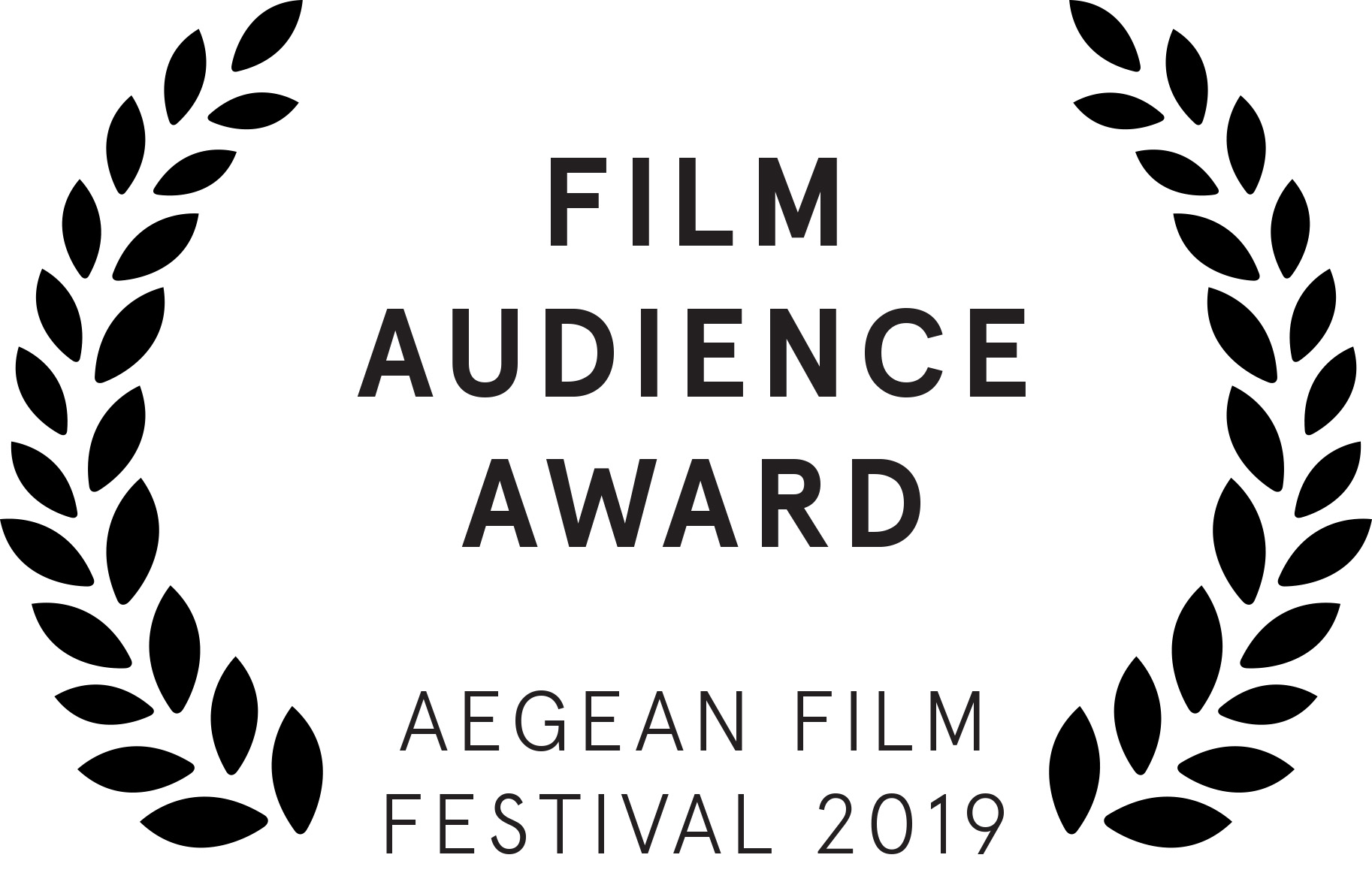 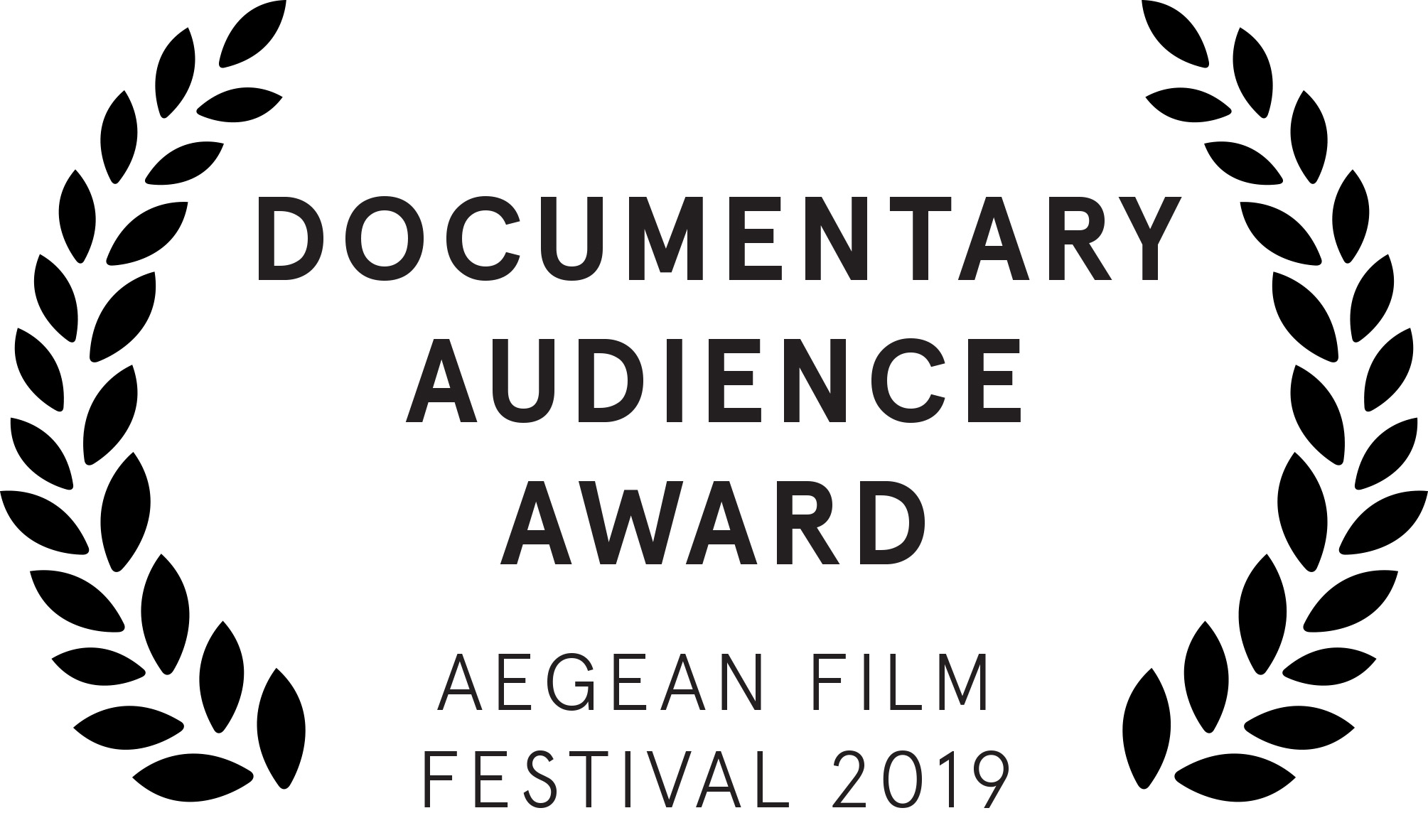 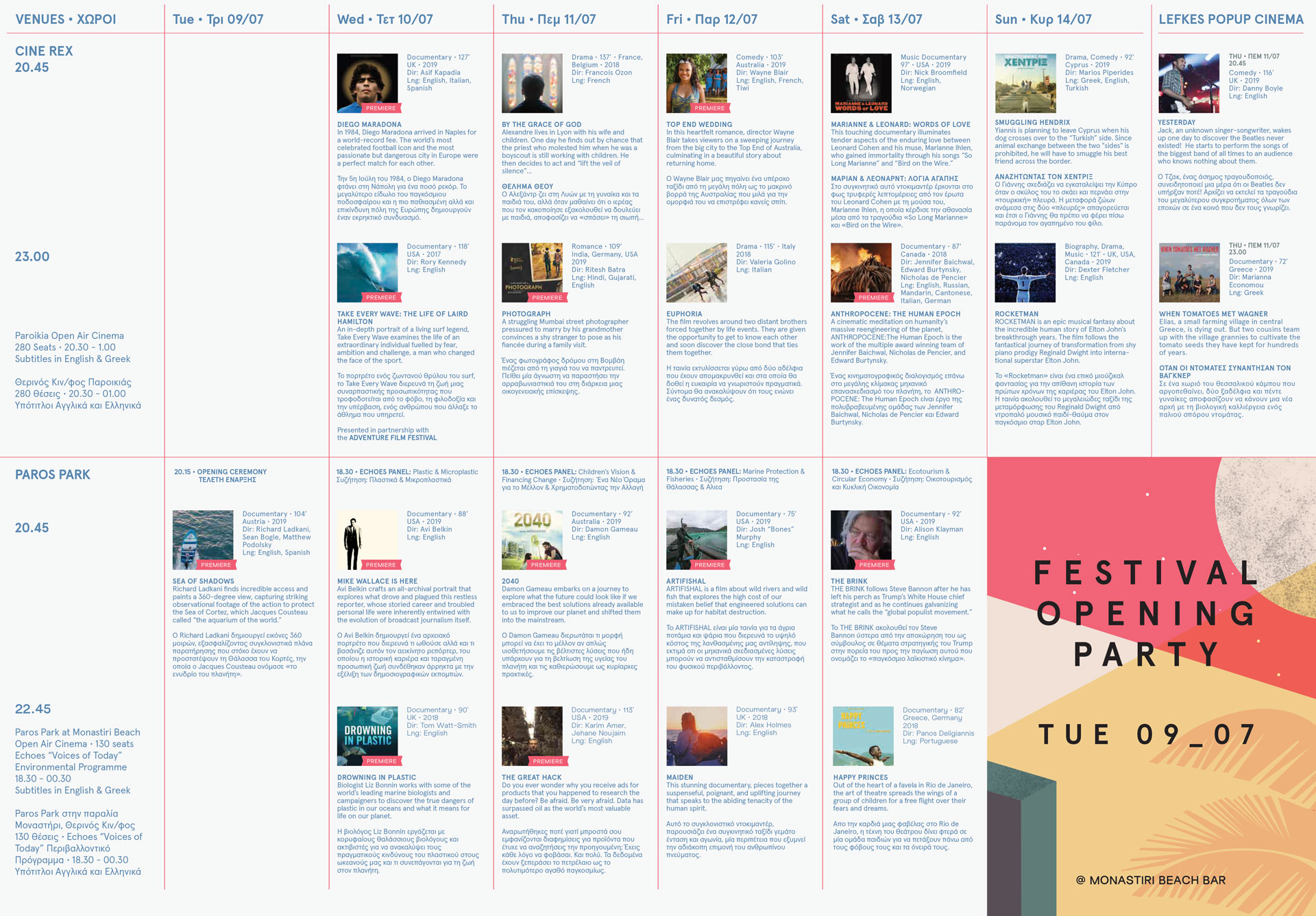 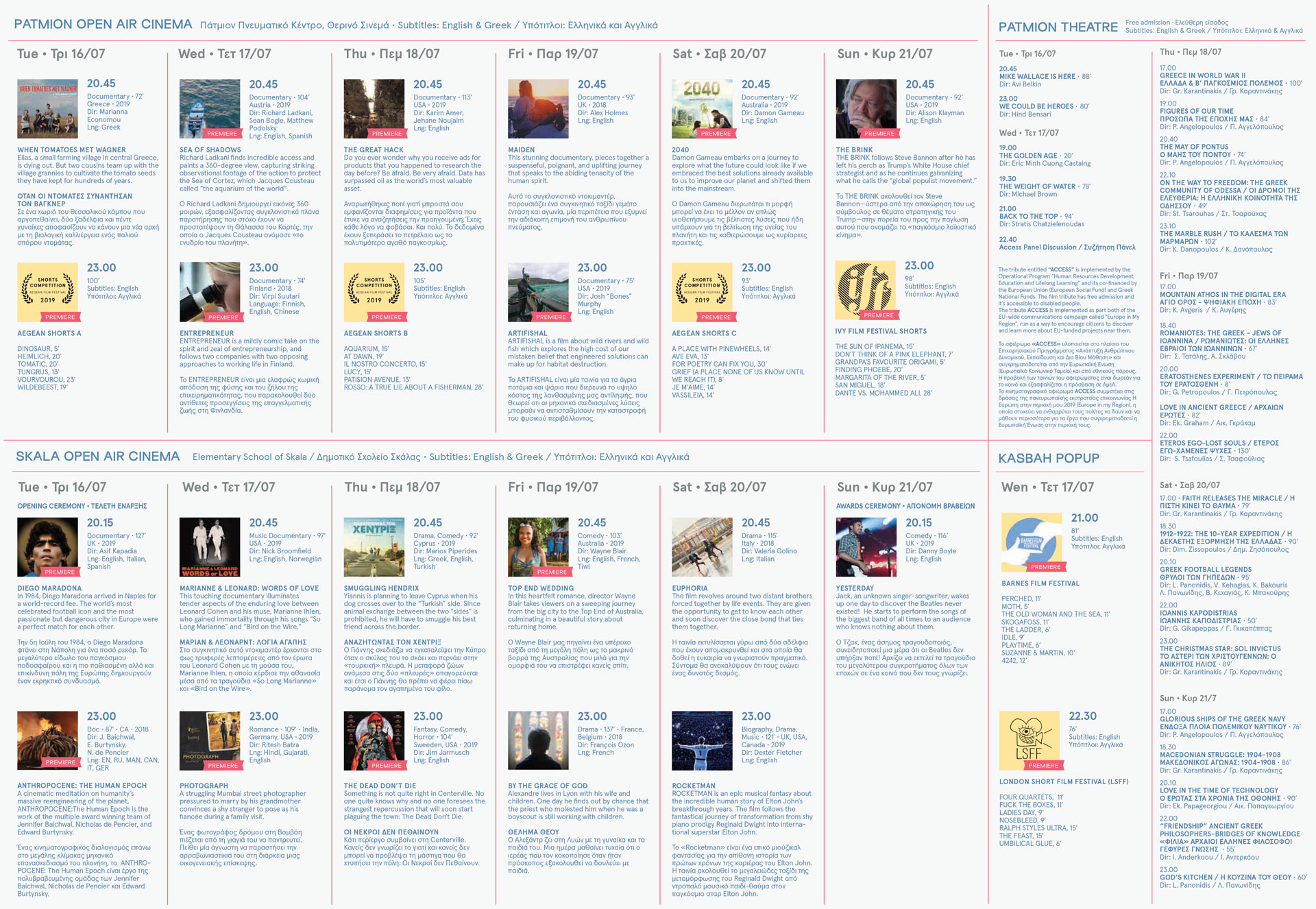 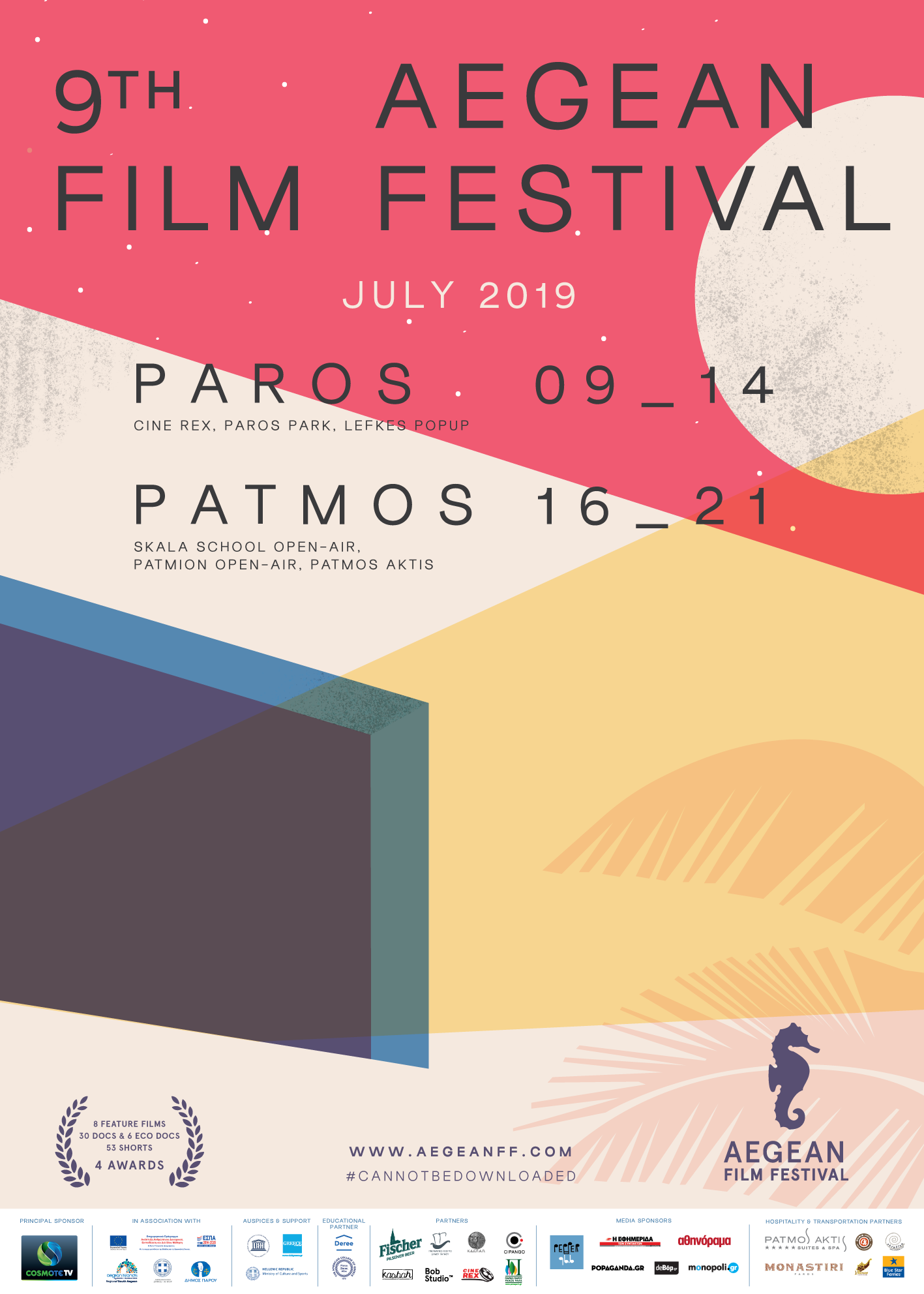 Once again all those brilliant people wrote stories, ideas and passions on paper. They planned for long agonising hours; researched, developed, rehearsed, produced and finally filmed those ideas. Spending all their time and definitely most of their resources, filmmakers and artists instilled their unique energies into concise and solid little pieces of magic.

Cinema, documentaries, short films, essay films, animations... Frame by frame and second by second they invite us into their worlds, introducing new perspectives and examples for today and tomorrow.

Since last year, we have been lucky to watch a few hundreds of thosea films, in festival premieres around the world and have been honoured to receive some hundreds more, submitted to the Aegean Film Festival.

It is a tough ride to organise an international film festival in Greece, on the islands, in July... but watching those films, make every second worth.

We are proud to present some of the best films of the year, for 12 days under the Aegean skies and invite you to share with us this extraordinary feeling.

See you at the islands
The Festival Nomads