This film will be a story about a hunter’s son, who was born with antlers, and about how each man kills the thing he loves. 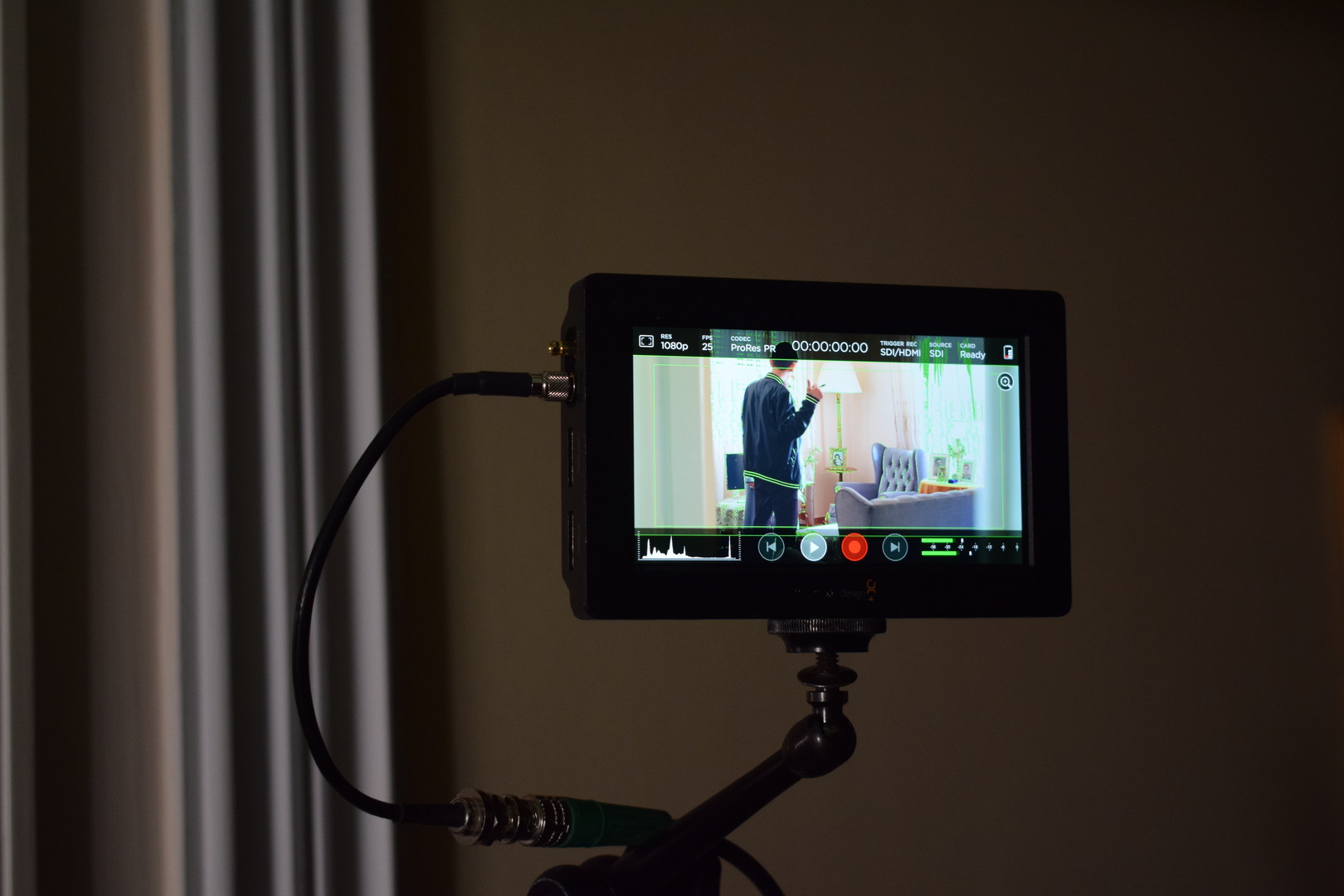 Alarmed by area crime, Ellie panics when a hooded man enters her apartment. 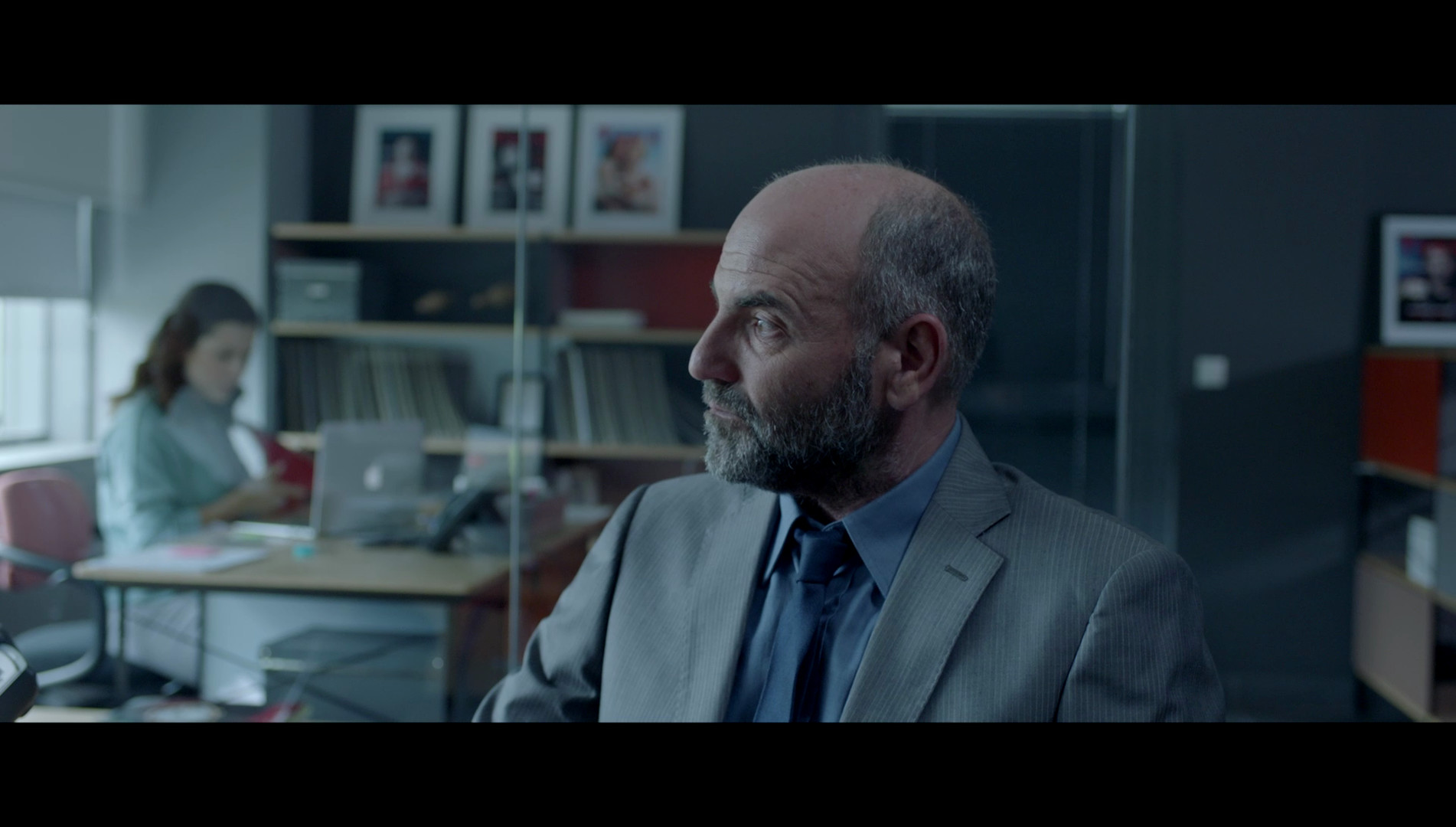 Tassos, a man just over 50 years old, with a career in the marketing and commercial direction of large corporations, has been unemployed for three years now. Too old for a new beginning, but also too young to resign. His relationships with his close people are being tested, and his psychological state is marginal. His goal is one: to get out of the "freezer". 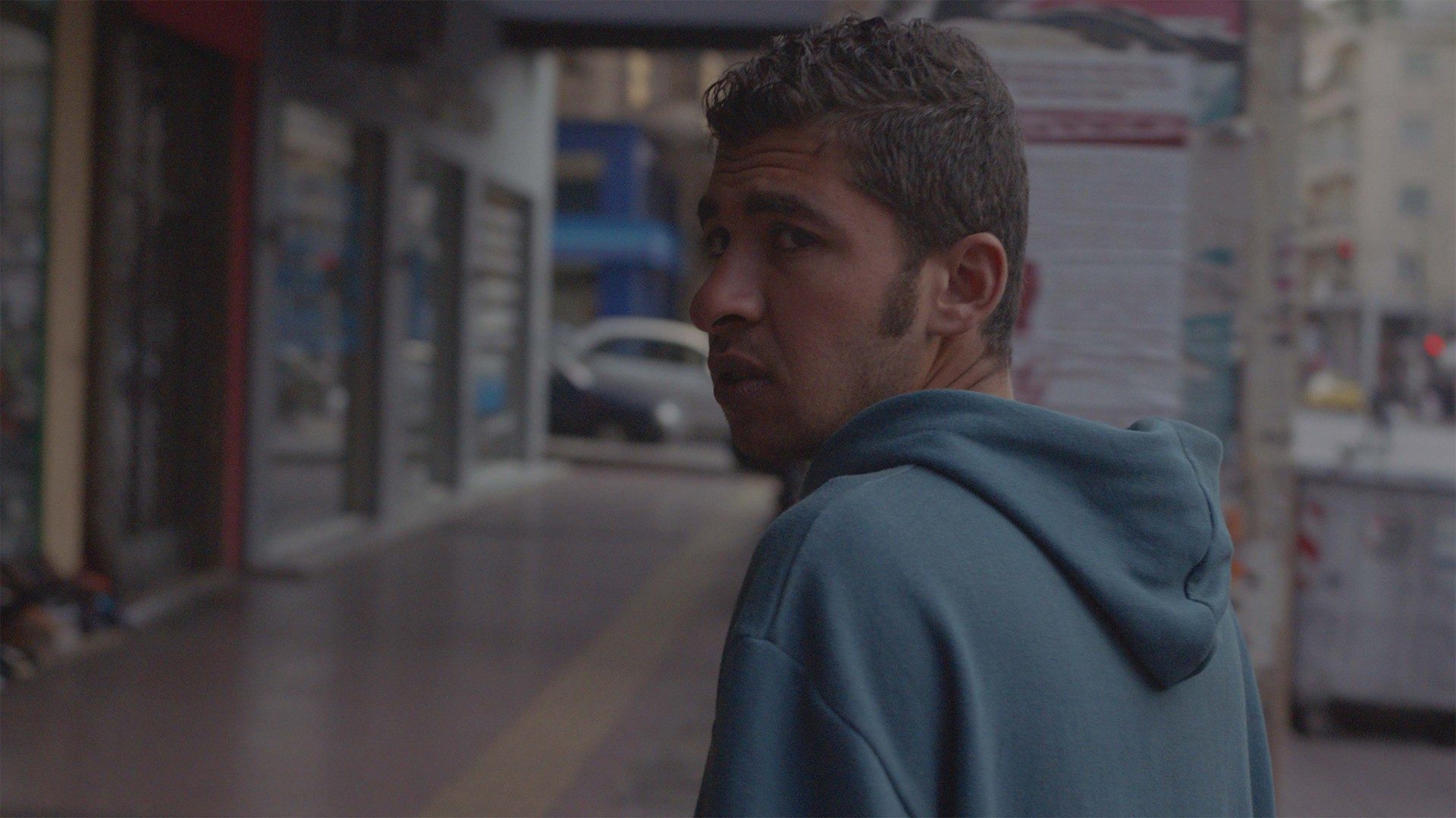 Alone and far from home, The Kid makes his way through a strange city looking for the means to get through his day. Surrounded by predators he is forced to make compromises merely to survive, his life of exile grows one day longer.

In a society close to our own, where the poor take an important role in the equilibrium of the community, Leria, a young woman in need is passing a job interview. 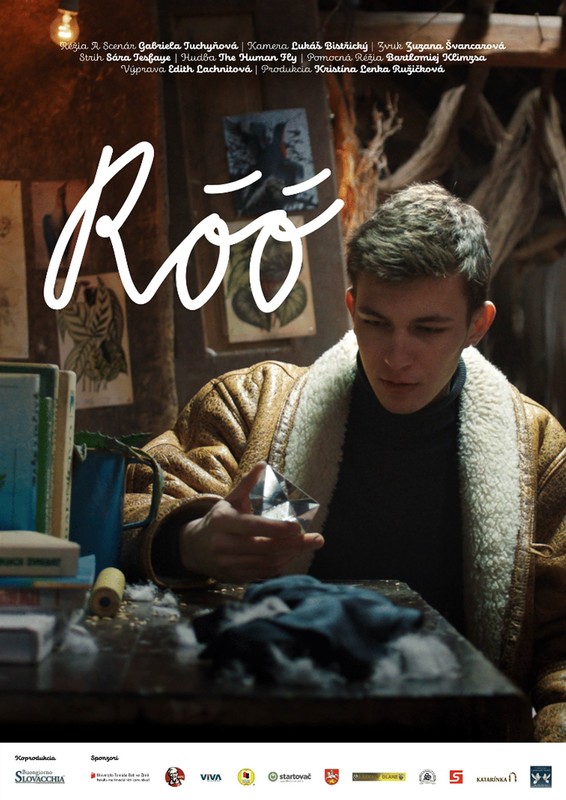 A story is about three young people – Robert, Jakub and Sofia. They are looking for knowledge in every piece of the world. They are curious, free and open minded. Robert is 19 years old. He lives with his old parents, he has passion in the ornithology and he has uncountable amount of questions. For example: “How pigeons think? Do they need to live in company or alone as me? Where they belong?” He is looking for a place where he can fit in. Jakub is Robert’s best friend and unloved artist. He creates poems which consist from love to the world, loneliness and little things which make our life more beautiful. He is so in love with Sofia.
Sofia is a weird girl who is full of energy and adventures. She is free as bird and she is trying not to broke her wings. She has also crush on Jakub. 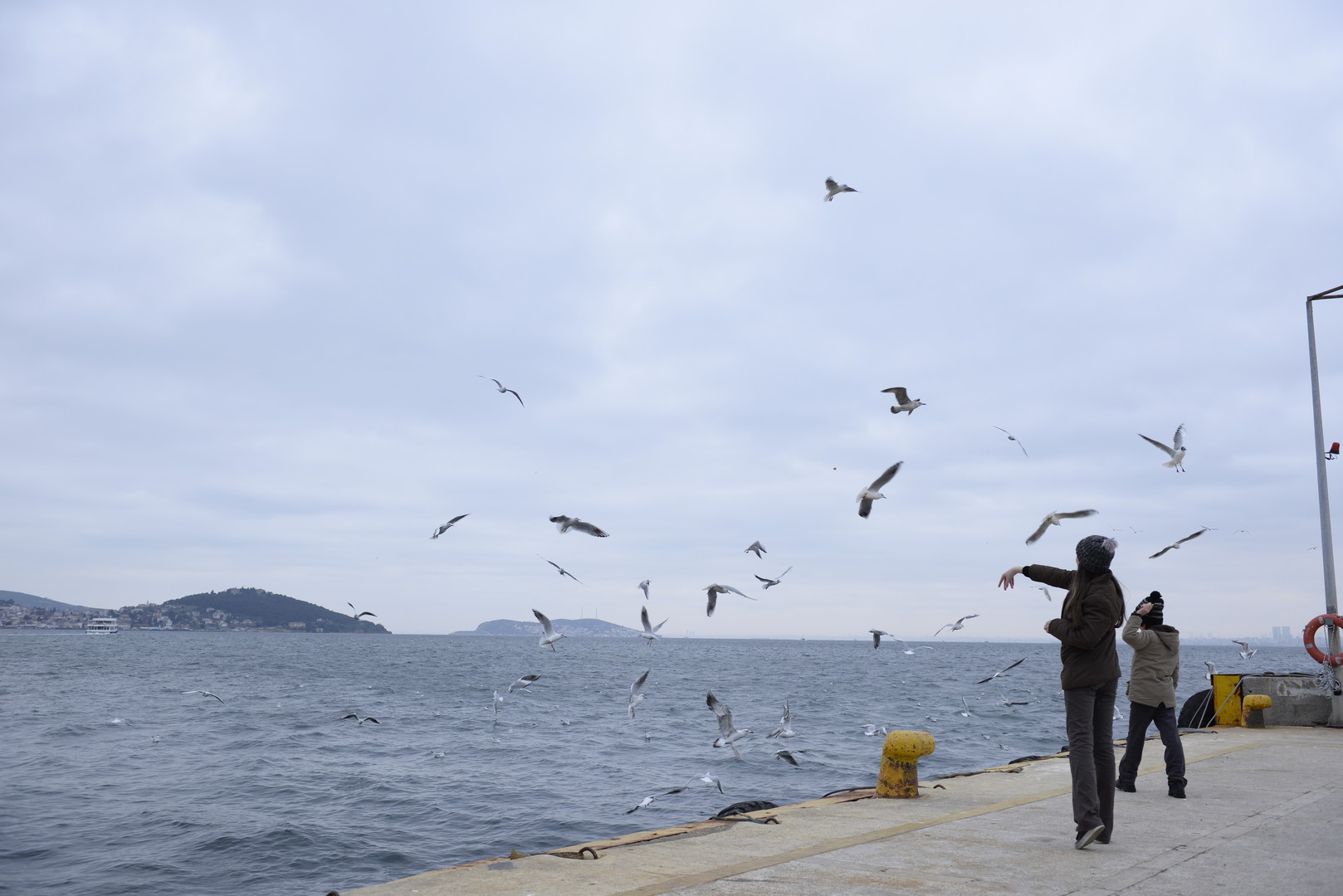 This short film is about a father and his two autistic children. They get on ferry in a wintry day. They meet with some disappointing incidents in their short trip. Due to some impatient passengers' reactions to his children's unintentional actions, father feels sad and loses his hope.

A man is trying to deal with the loss of his wife by keeping cooking for her, until an unexpected event changes his life.
Michalis, unable to accept his wife's loss, cooks every day and places two dishes on the table, trying to keep her memory alive. Despite the efforts of his friend Vassilis, he remains locked in the house, only with his cooking routine. One day, life catches up with him in the most unexpected way. 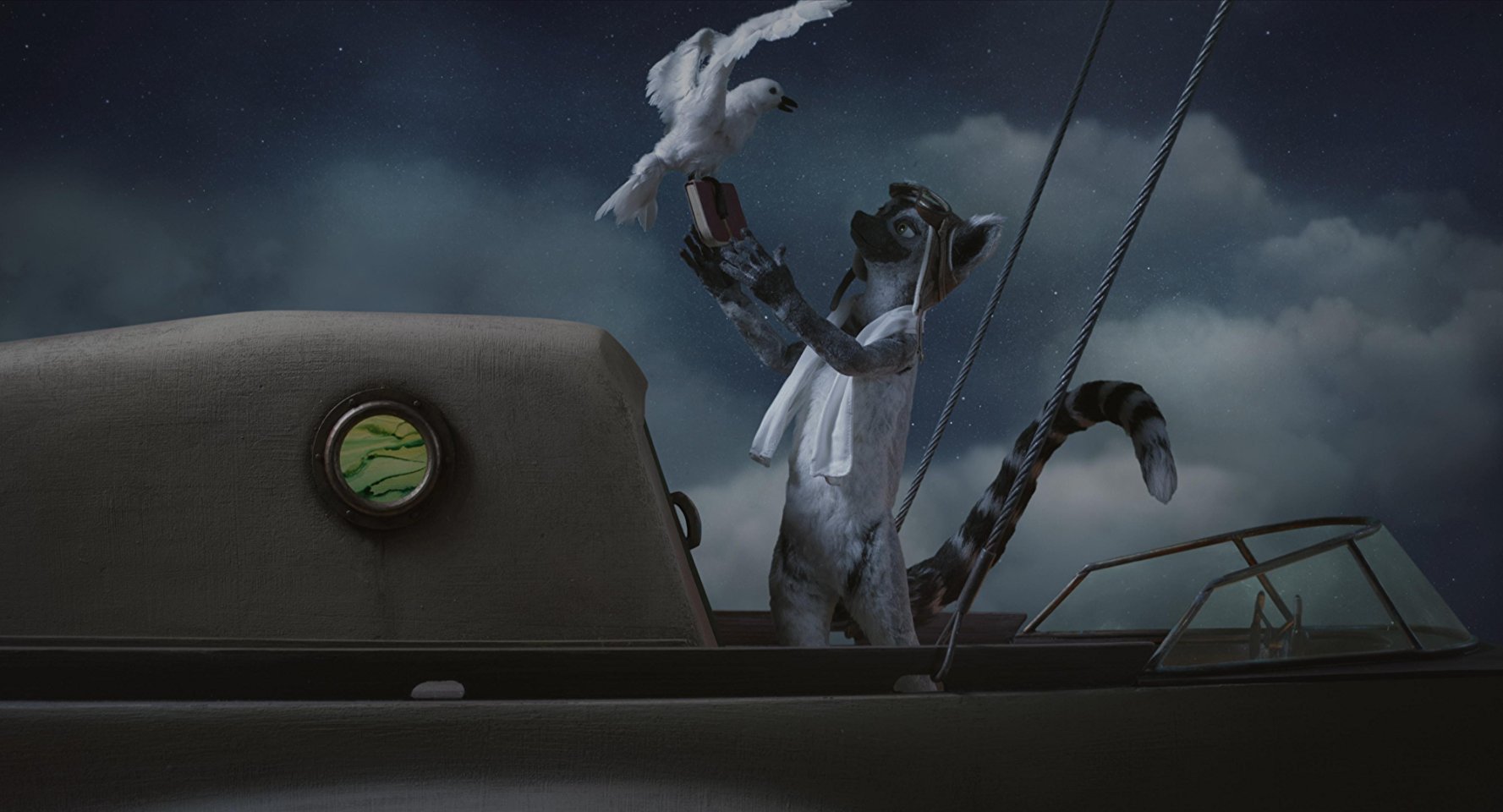 Two adventurous lemurs navigate their dirigibles halfway around the world to a place where happenstance and fate threaten to disrupt their reunion.

Luca and Teresa are going home after doing the grocery. While Luca is complaining about the supposed discounts at the supermarket, Teresa, suddenly, sees an open gate that leads to a fully furnished garden as if it was an apartment. Curious, she decides to go in, thinking that it's a garden sale. But then, the arrival of the owner will make her see that enchanted garden very differently.

Panagiotis, a young introverted architect, is in the perfect relationship. Lena, his partner, embodies everything he desires, just like he discusses with a particularly attentive man in an office. But all the characteristics that once seemed heavenly to Panagiotis, now have become a living hell.

Makis, an idle person, has nothing important to show except the impressive speed with which he solves the Rubik’s Cube. Along with his sister and his mother are gathering at their family home to welcome the younger and beloved brother who returns from abroad. 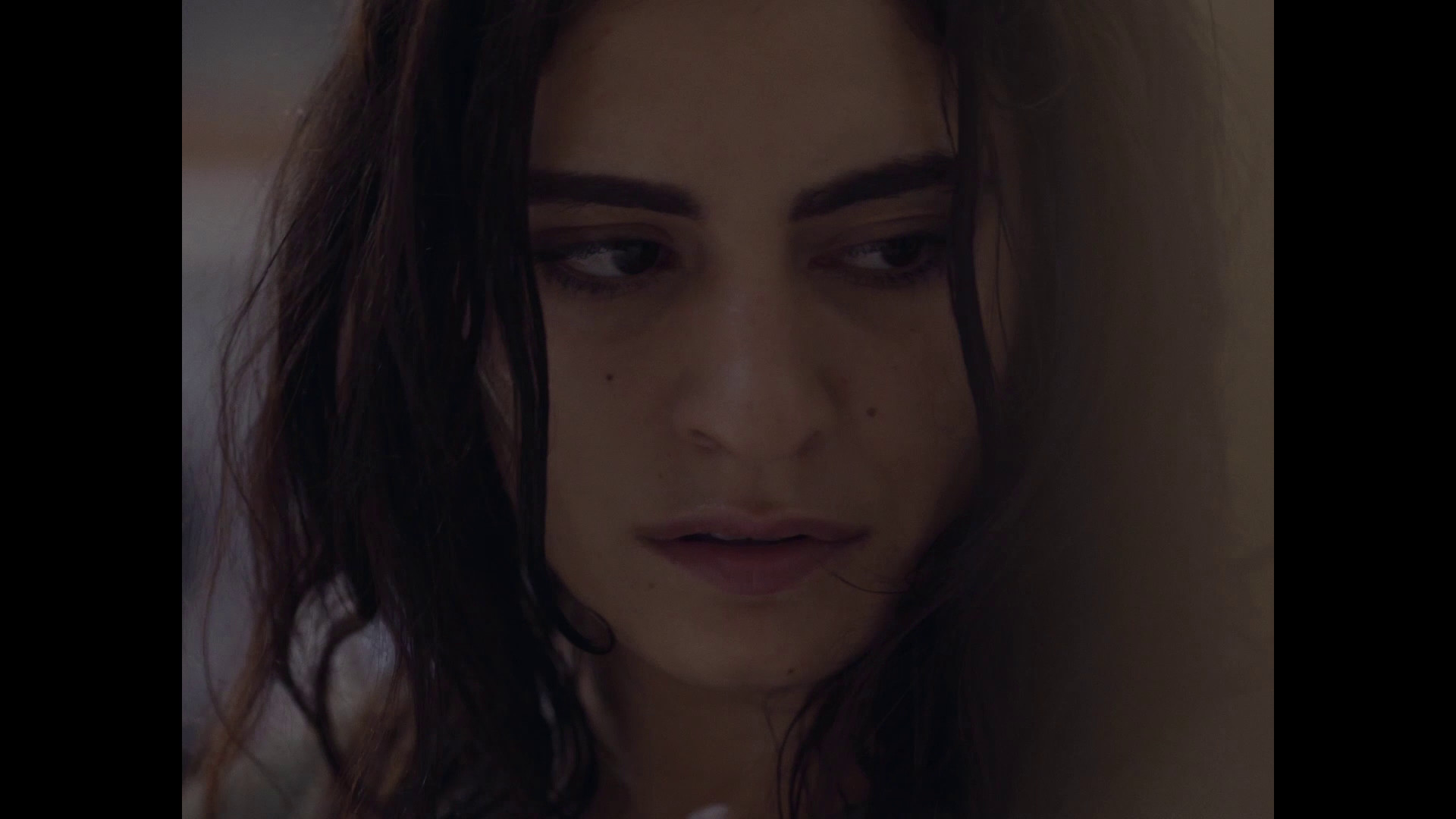 Saleem and Raya, two ex lovers, meet at Raya's place. Saleem enters the toilet and somehow gets stuck. Between the inside and the outside, trials and disappointments, laughter and hope, memories and screams, are all being shared at the doorstep. 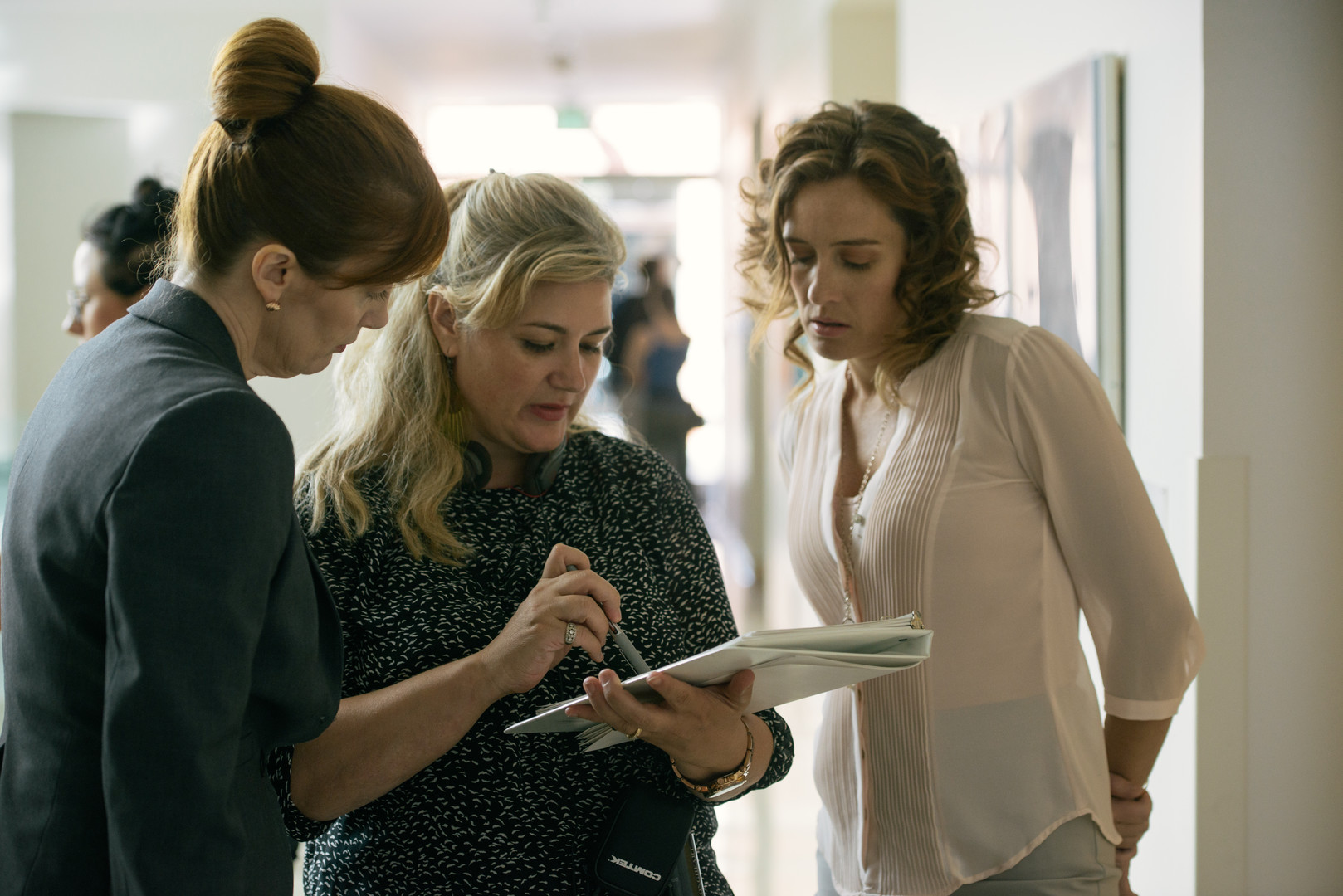 Disappointing everyone around her with her inability to meet mounting expectations, a working mother struggles to find balance. A middle-class greek family meets for the usual Sunday table. Among various conversations about the food, the weather and everyday gossip, the members of the family start behaving violently but nobody seems to notice. 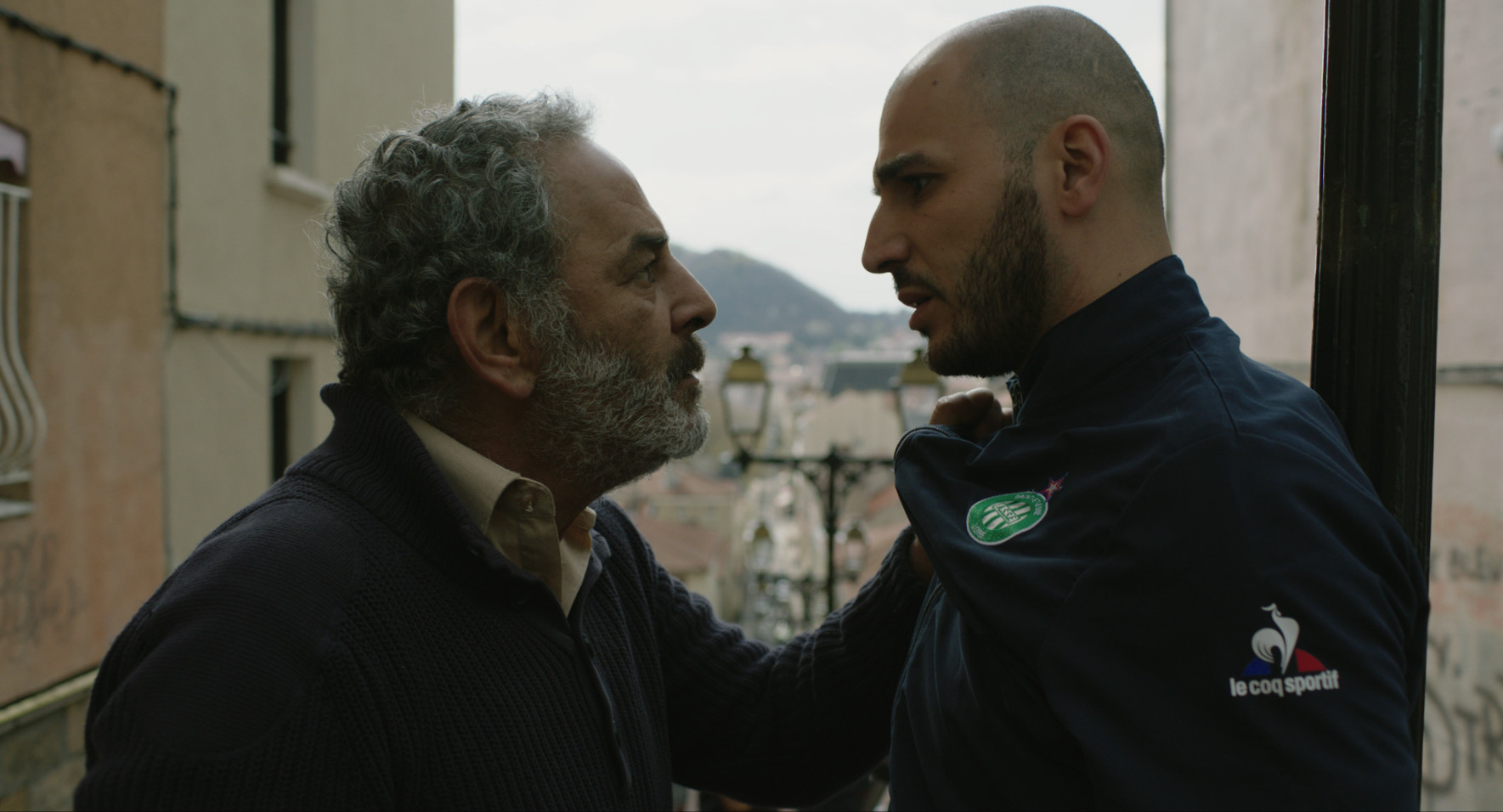 The money has gone missing in the mosque of Saint-Etienne. Saoud, the gang leader is suspected. 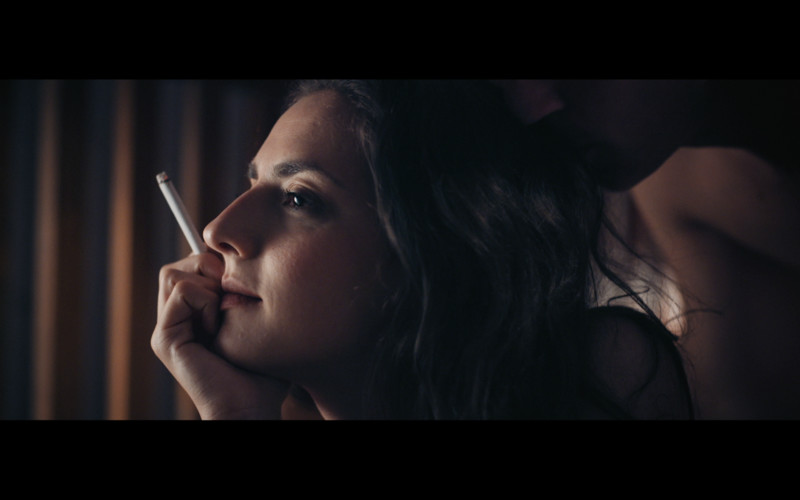 The film follows Neda‘s vain attempts to reassure her identity in a fractured society. Is she German? If so, what does that mean for her? Sex and drugs temporarily free her of her displacement, as she searches for her own role and fulfilment in life. She does not feel safe in love, nor in family, and surely not at her work where spirituality has become commerce. Unable to bear these paradoxes, Neda escapes in witty cynicism. „So did you meet any ‚better‘ people?“ Neda barks at a an old classmate after he tells her about his recent trip to India. Neda's internal conflict is part of a general struggle in the current society – who can still meet all of these lofty expectations?

The unexpected encounter of two strangers and their agreement while waiting for a cab to share the cost of the ride, becomes the motive for the anatomy of a relationship. From the moment they enter the taxi, the driver reveals that they know each other and they have a common past, leading the couple to the landscapes of desire. 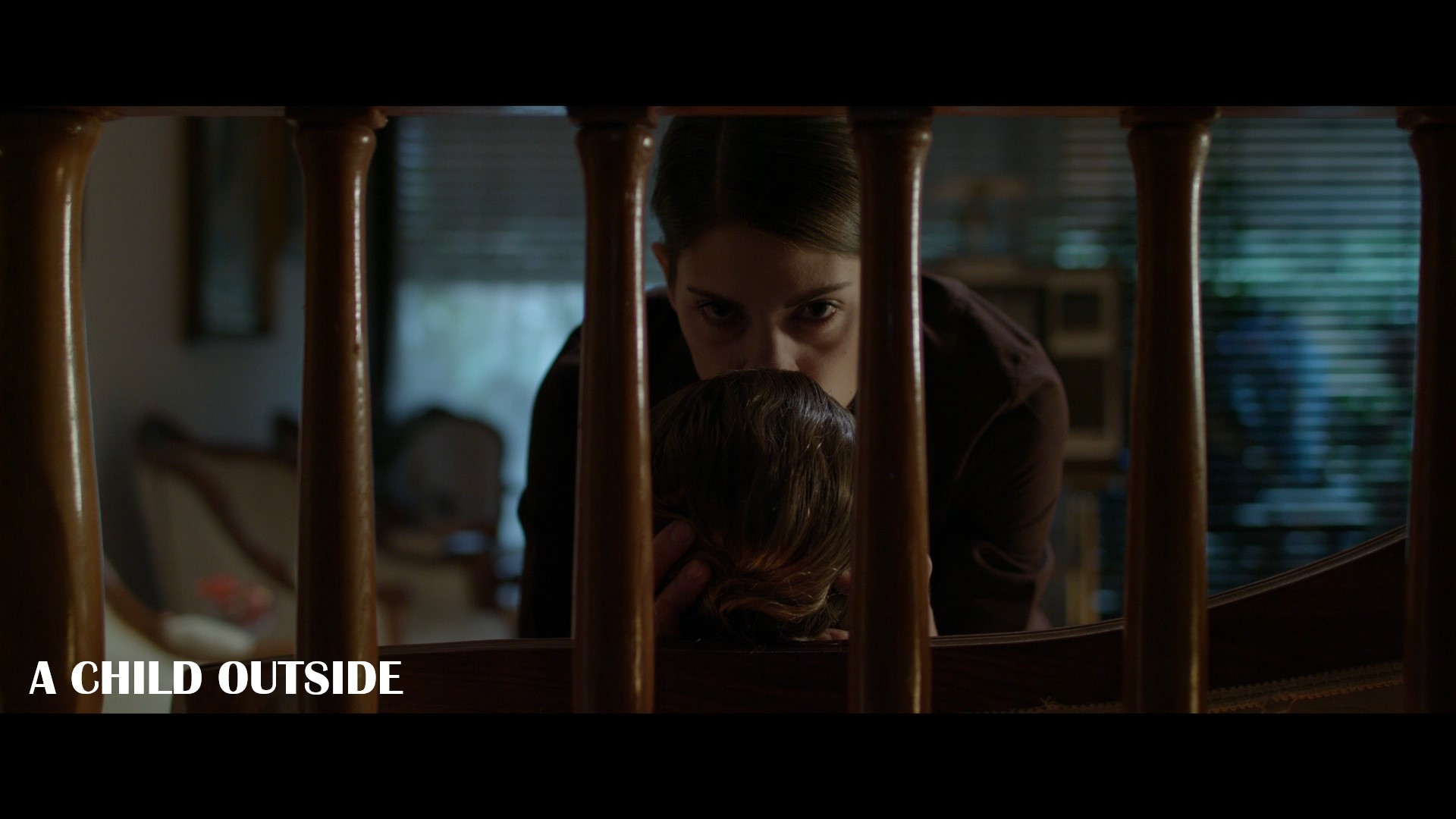 A mother alone… or not?
Just Washing… or washing up her memories?
She has to face something that lurks inside her child. Will she escape her nightmare with her sanity intact?

A young woman becomes anxious at the news of the return of her husband who disappeared 30 years ago during the civil war.

A day at the top of food chain, closest to the matter. A day in the culinary crash. 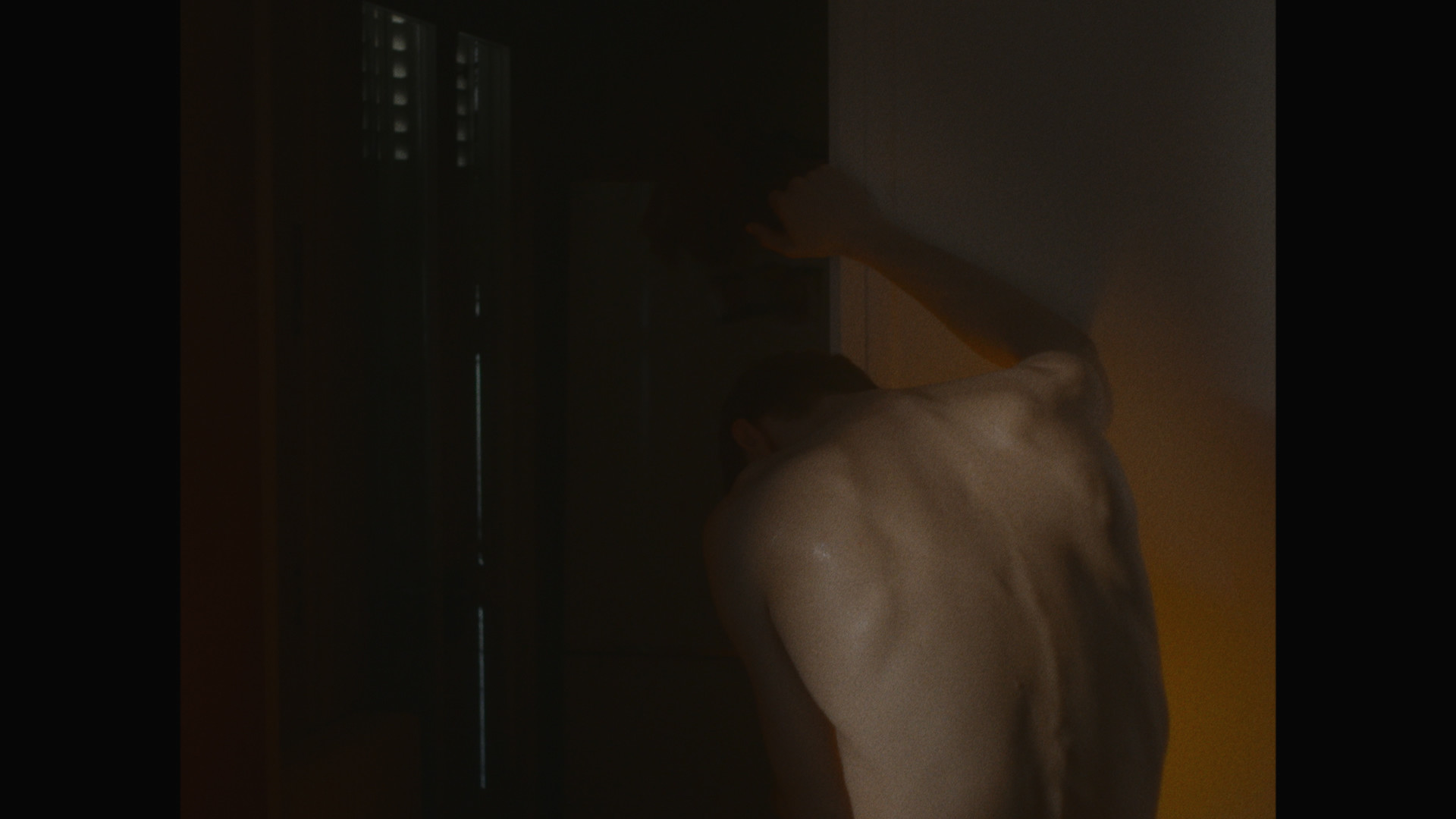 David is awakened by the voice of his wife, Mathilde. Tormented, she told him of his doubts. He tries to reassure her and reason. But she does not listen to him anymore. David discovers that their daughter Camille is no longer in her room. 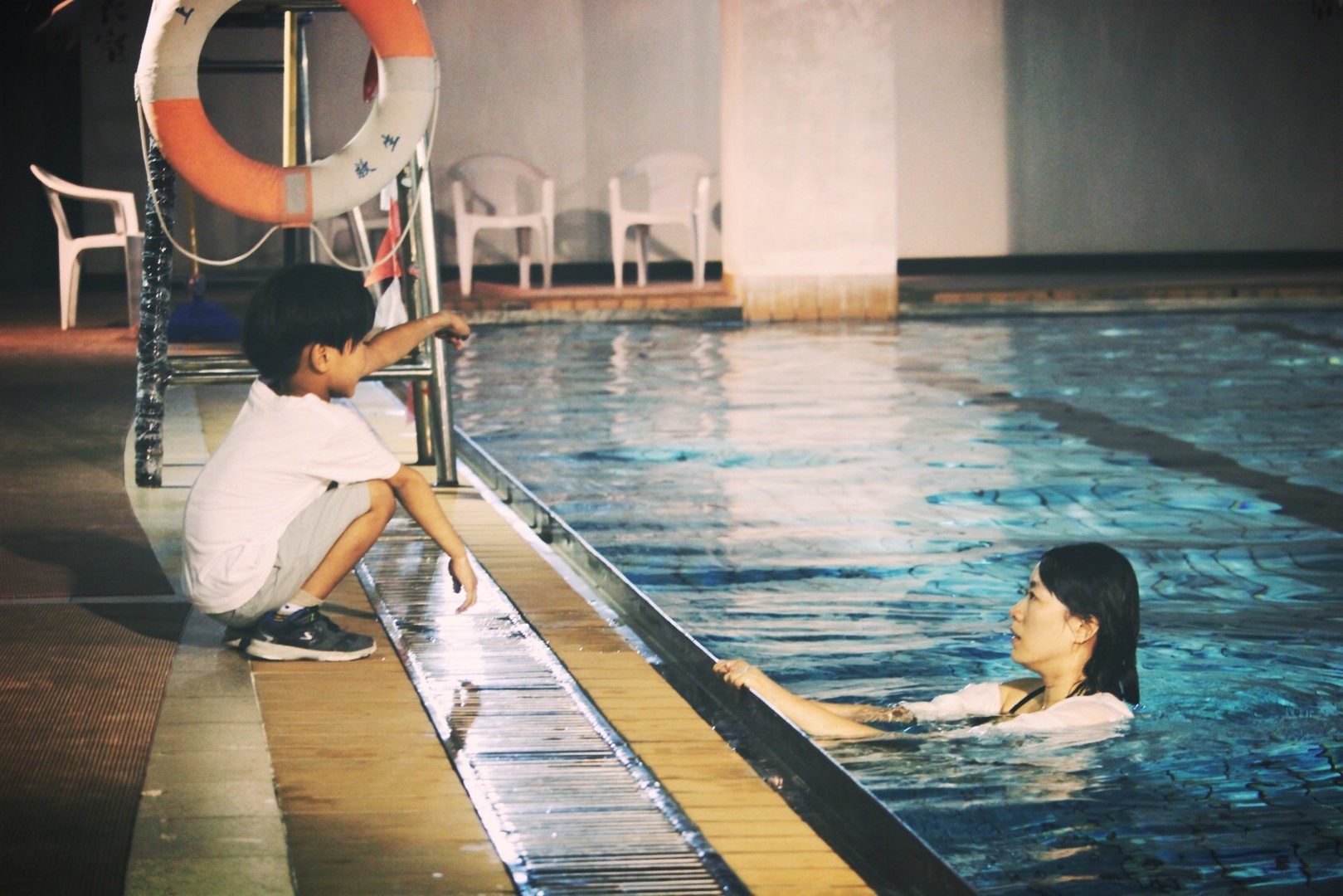 Qian Wei, a single mother, has suffered from brain tumor. To make sure her young son being taken care after her death, she decides to take her son on a journey looking for her husband who disappeared 5 years ago. What awaits them ahead is a bizarre and horrific adventure... 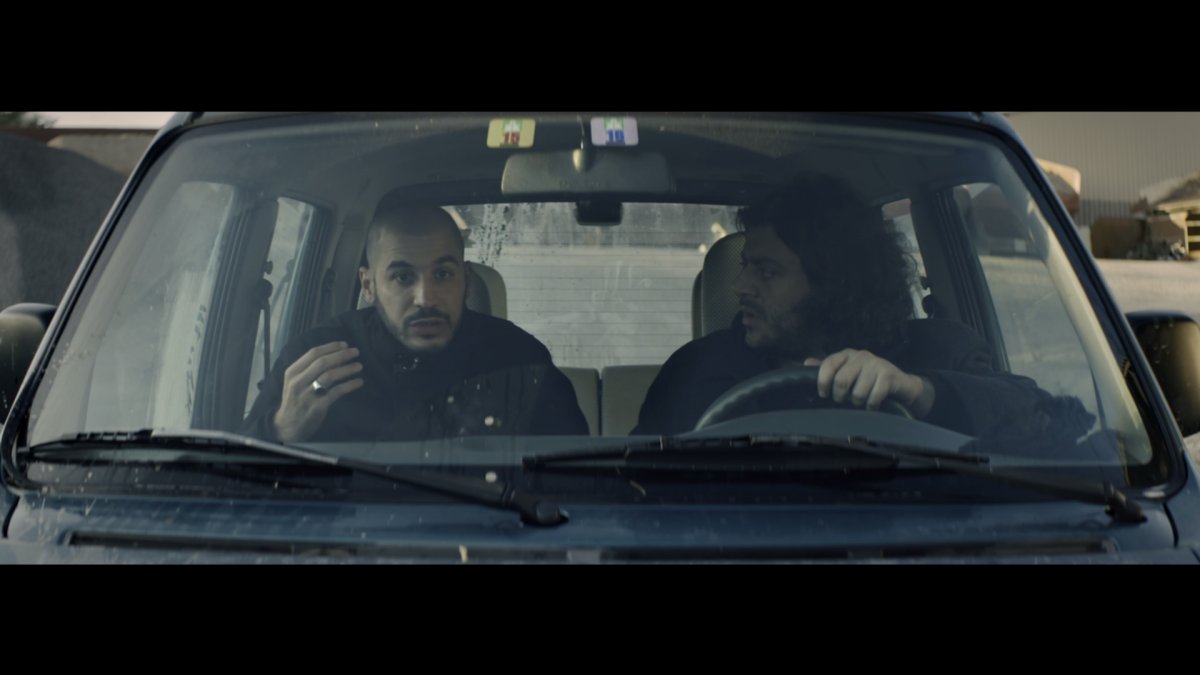 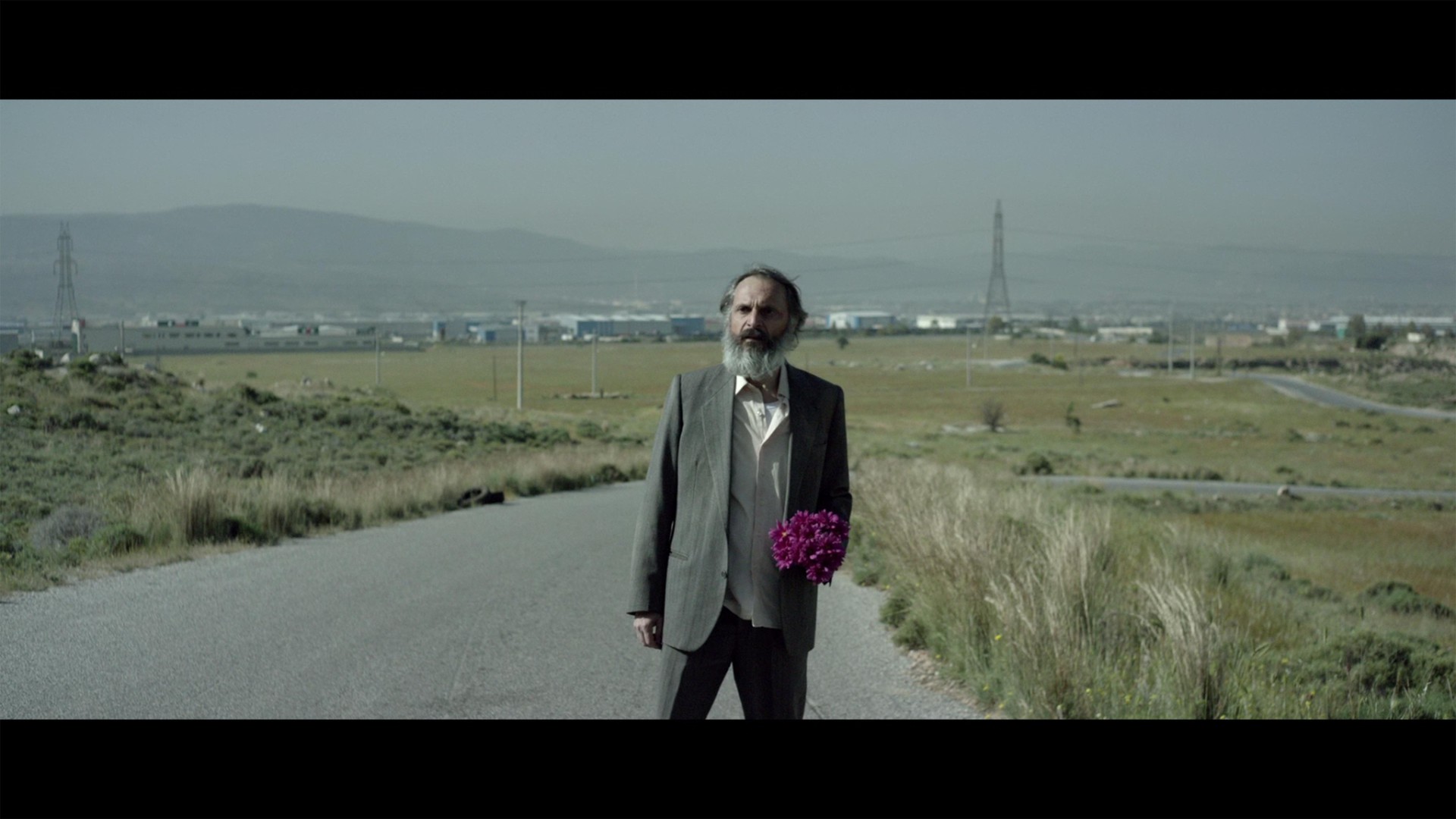 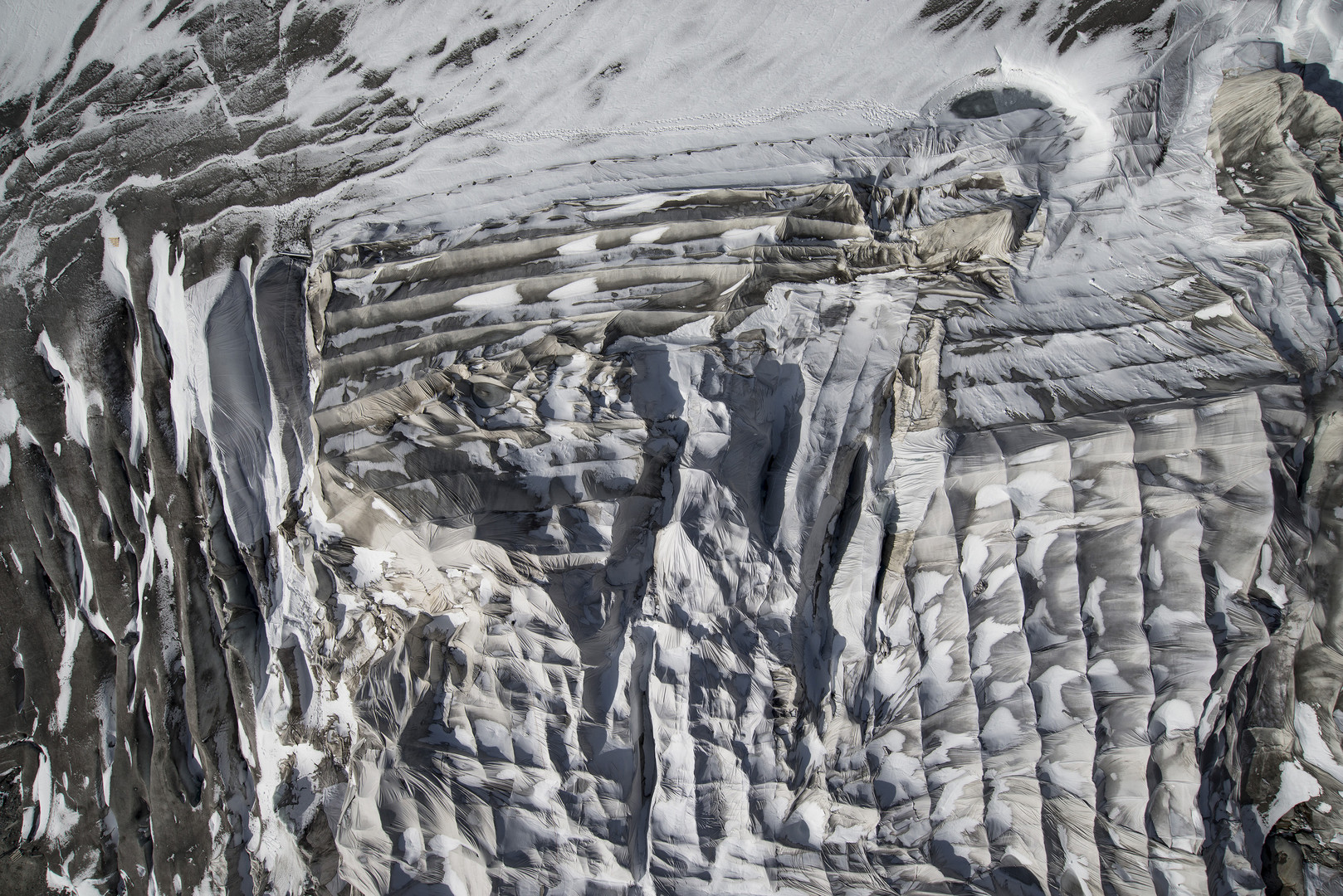 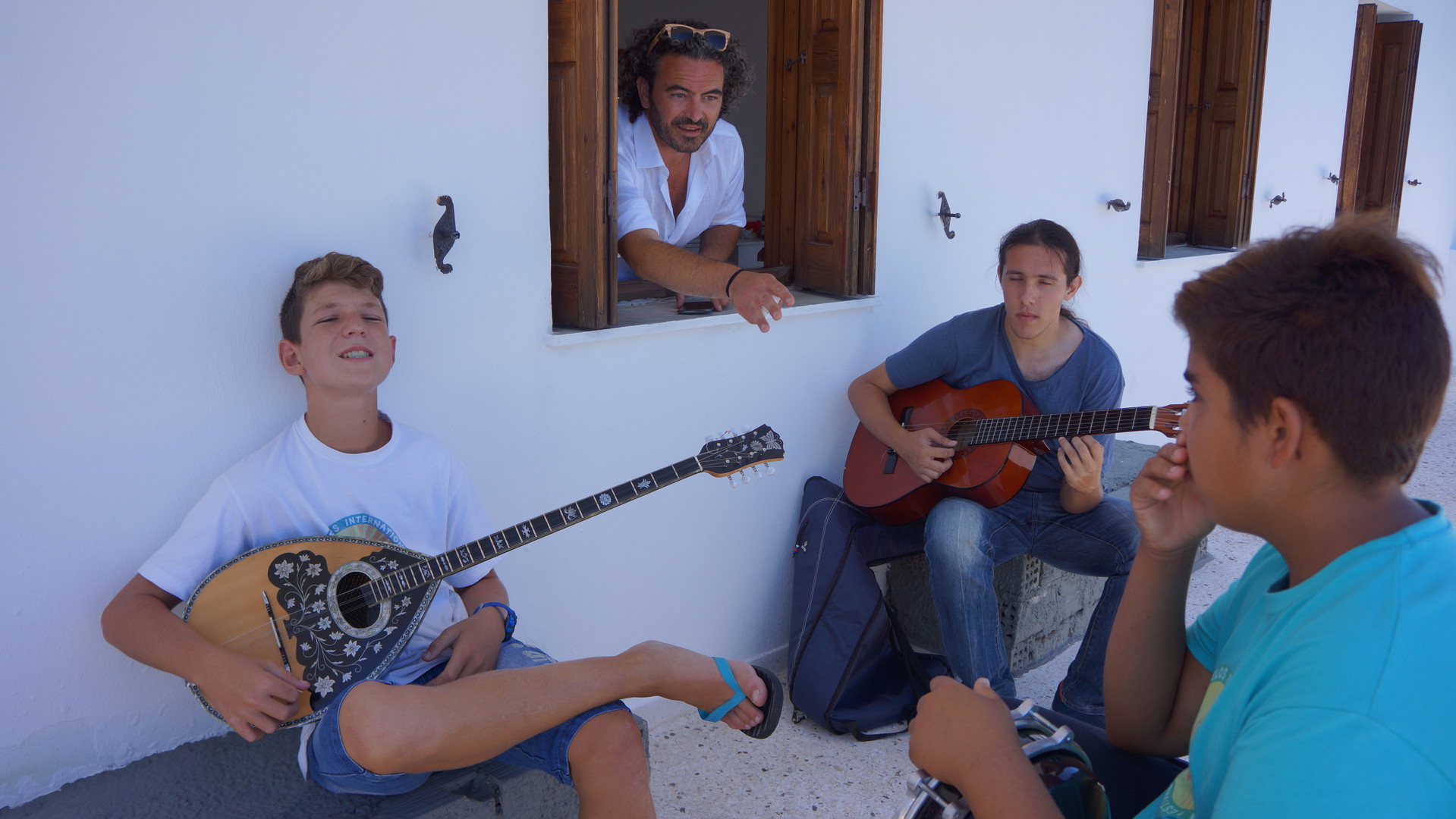 An apology letter to the beautiful Mother Earth. 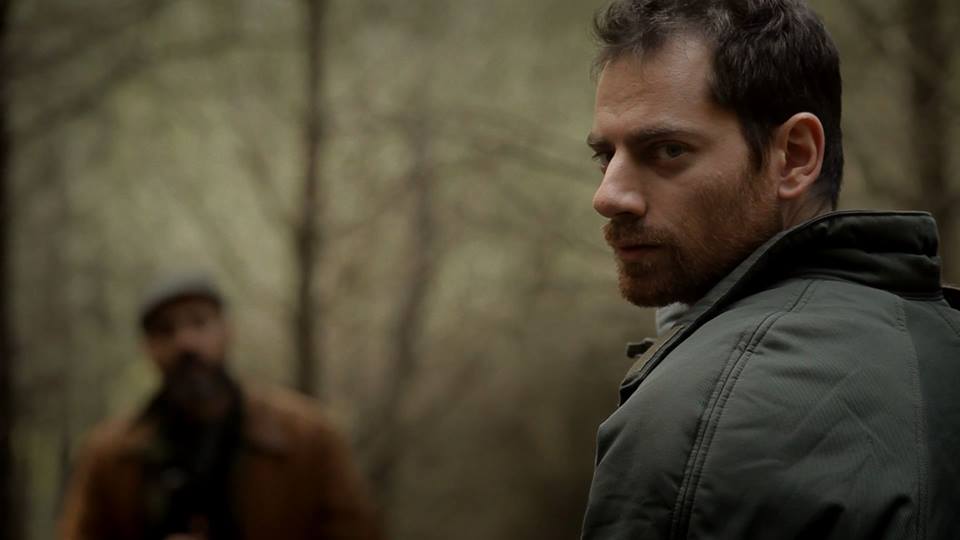 Any primate of the family Hominidae, which includes modern man ( Homo sapiens) and the extinct precursors of man.

In Lesvos island, an old abandoned dump lies on a mountain with two big craters. The craters are overflown by thousands of life jackets from the refugee waves. A worker is the only inhabitant in this place that resembles an alien planet or a new continent.


The BEST OF EUROPE Program presents the Best European Short Films of 2018.
Since the choice is not easy, each affiliate film festival with Aegean Film Festival, proposed a film for the program.

This is the story of Copa-Loca, an abandoned Greek summer resort. Paulina is the girl at the heart of Copa-Loca. Everyone cares for her and she cares about everyone - in every possible way. 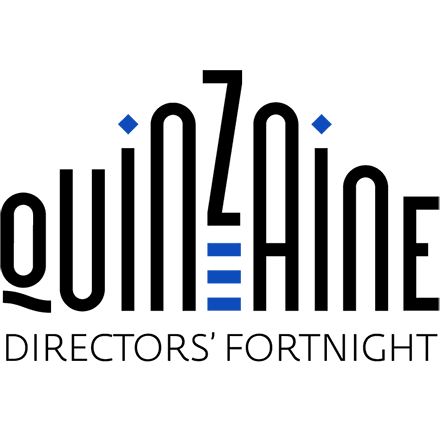 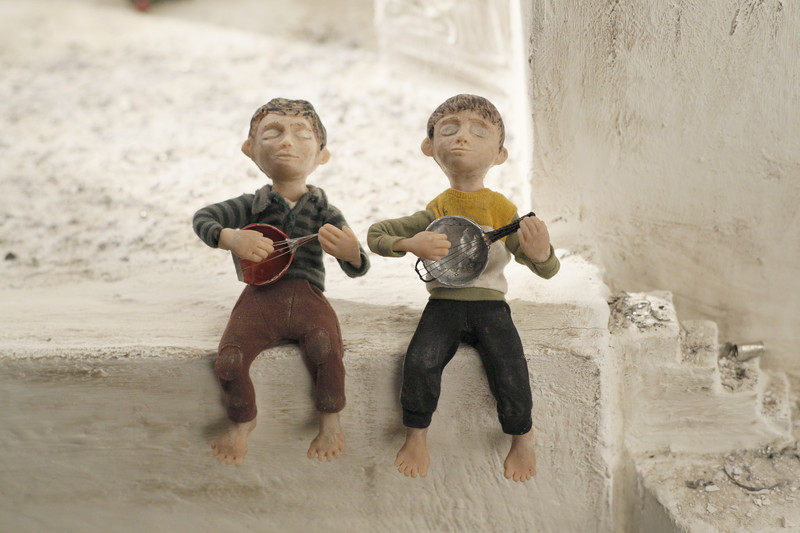 A cruel war has taken two brothers’ home. Their mother protects them under her arms and fosters the seed of their new life. Anxious her sons could come in danger if they leave the house. But the boys chase their dream to play a music instrument they’ve fallen in love with. A beautiful Oud. They collect scrap metal to earn the money and must find out that their mother’s fear was for a good reason. But as strong birds will always fly, the two boys become one to overcome their trauma. 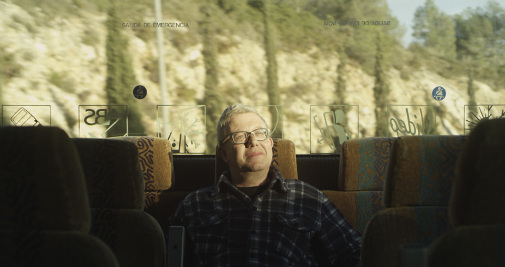 Los Desheredados is a portrait of the director's father facing the end of his family business. Pere Ferrés is 53 years old and owns a bus company. Lack of money forces him to drive clients who destroy his vehicle to bachelor parties, but he is not prepared to lose his dignity.

A young boy abandoned by his mother grows up with his grandmother in rural area in China. One day a travelling Peking Opera company arrives to perform. 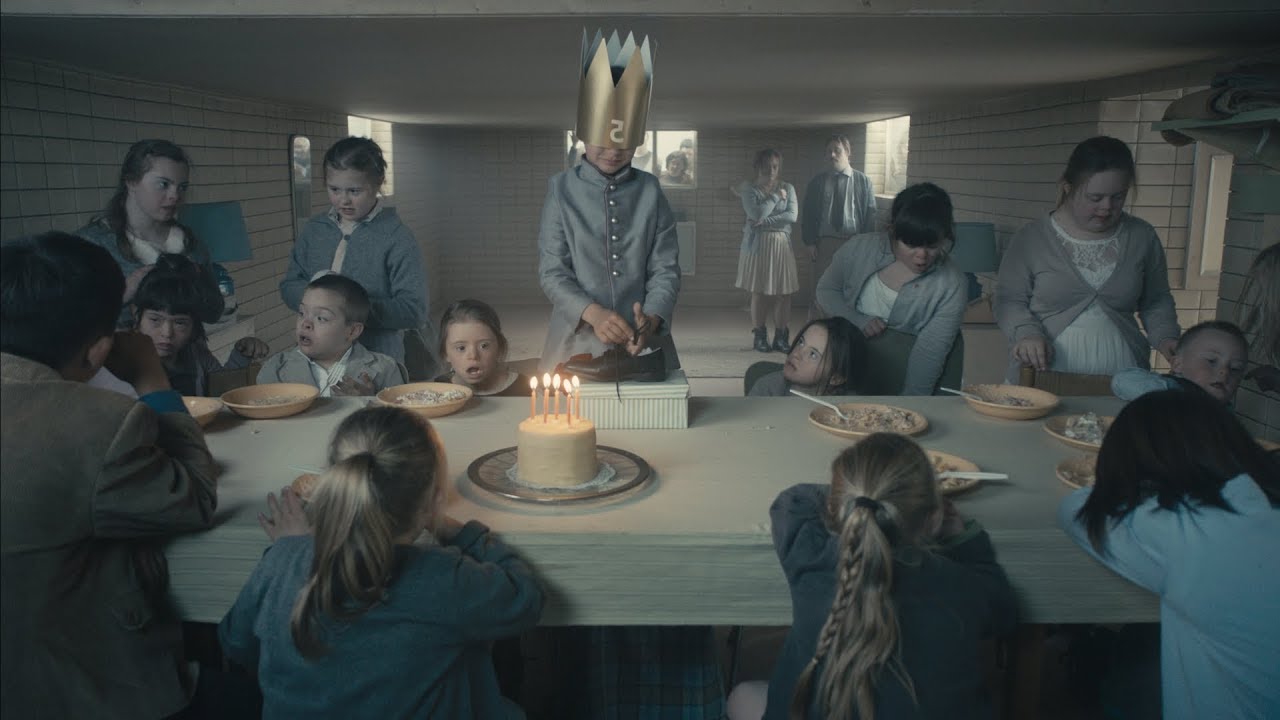 Imagine a world where everyone has trisomy 21. When Eric is born it’s quickly obvious that he’s different than everyone else: He’s missing a chromosome! 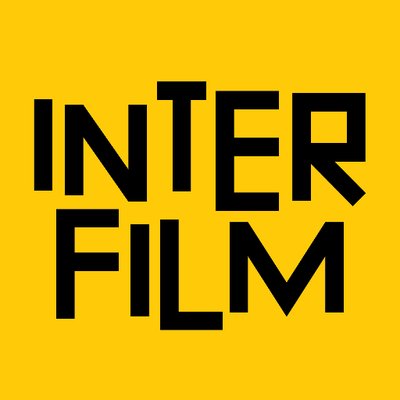 Two boys and a girl prepare for nightclubbing in the heart of Athens. Arriving, they face a deserted club, where music plays blaring but there is no one to listen. 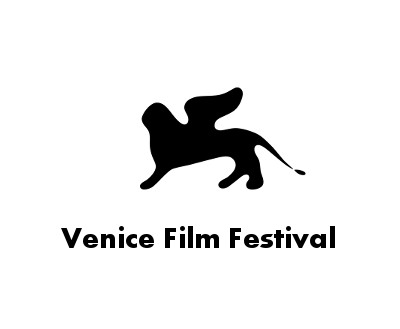 
The 2018 Sundance Channel Short competition ran in four European countries - Spain, France, Belgium and Poland. In collaboration with the Sundance Institute, a Grand Jury Prize winner was selected from each country and the winning films premiered at the 2018 London Film Festival. Fans also took part by voting for their favourite film to receive the Vimeo Audience Award.

The Sundance Channel Shorts competition perfectly represents the unique spirit of Sundance Channel. As the destination for independent films internationally, Sundance Channel is ideally placed to showcase and support emerging talent in the European filmmaking community.

For the sixth consecutive year, Sundance Channel is partnering with the Aegean Film Festival in Patmos, whose mission is to celebrate creativity in independent film from around the globe aligns with the Sundance Channel vision.

In a town where supernatural beings are part of everyday life, two roommates face a recurring problem: their house spirit was devoured by an unknown creature overnight. They go on their way to find a replacement spirit and a solution to their pest problem. 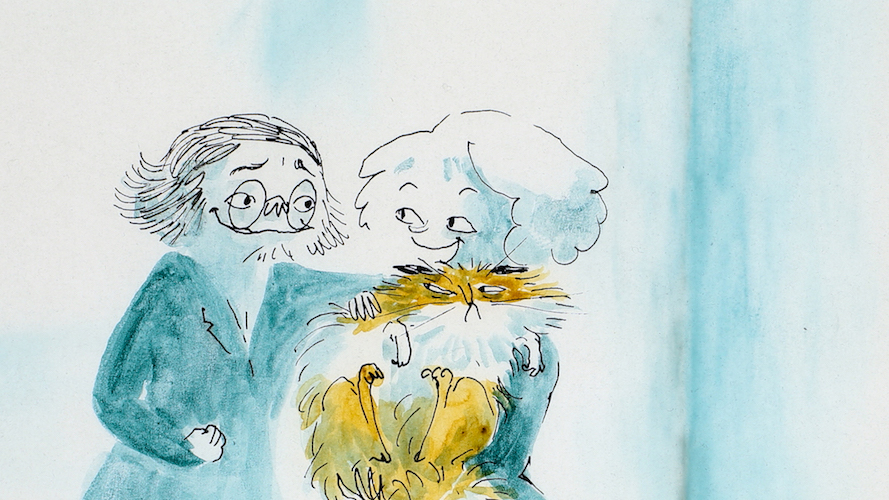 A fifty years old chemist - Olivier, does everything in order to hide his baldness from his wife. Worried that she might not love him with his hairless head, he has created a skillful routine to disguise it. But one day Olivier is forced to use an extreme solution that might affect the couple's life. 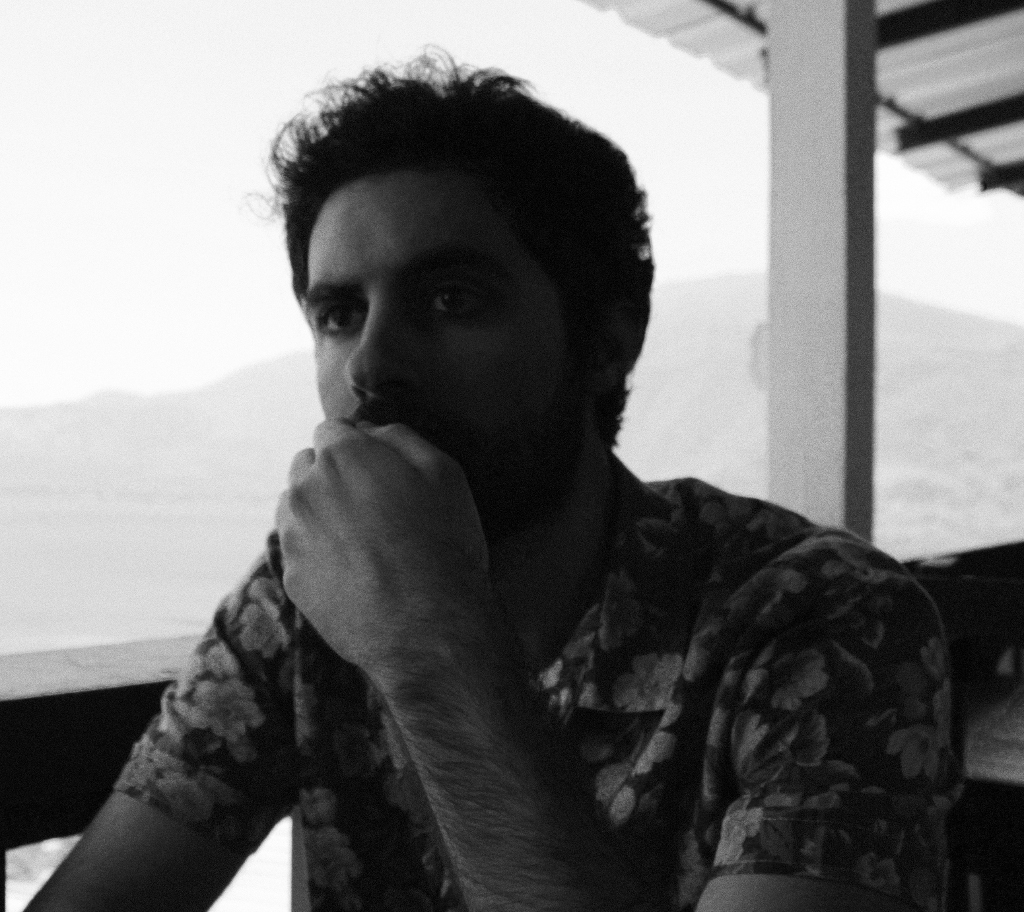 On a quiet day of summer Santiago disappears from the village. Upon known this Eva Maria, his wife, will look for him. 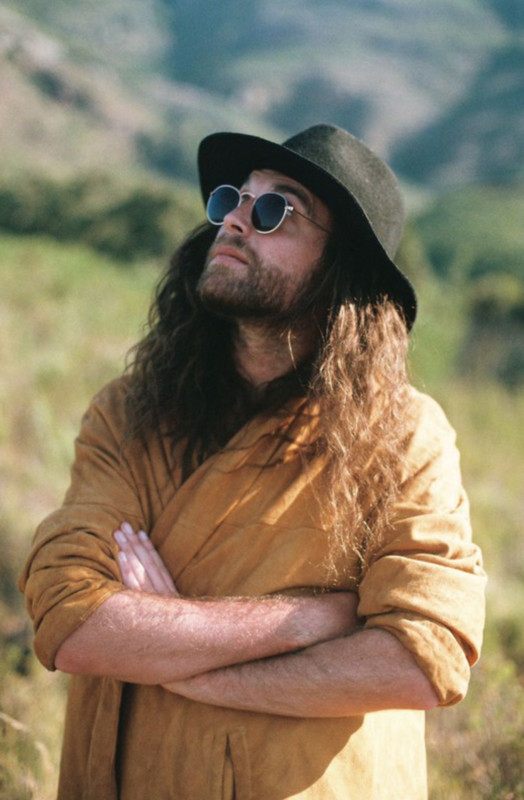 Good Mourning is a dark comedy about Ted, a professional mourner, who loves his job to death. Until one day he is challenged by a disbeliever, Sandrine, who questions his morals and ethical standpoint and the conversation take an unlikely turn.

Silvia in the Waves

The course of mourning carries Silvia, a 40 years old trans woman, and her family through the waves of memory and rebirth, death and survival.

The noise of the crying baby is very annoying.

Delia and Memo are like most teenagers; defiant, hormonal, always on their phones; except they live in one of the most dangerous neighborhoods bordering Northern Mexico - where Dollars rule and missing girls' bodies turn up mysteriously in the river or never at all.

A peek into the wax lotus. Lotus Lantern is a tribute to the late Chinese singer Zhou Xuan, a missing link between the filmmaker’s queer identity and Chinese heritage.

While packing up her daughter's apartment, a single mother discovers startling details about her only child, which challenge her ability to process a recent loss.

Sober Octaves explores the nuances of fighting against the status quo from the perspective of three young black men. Computer-generated interludes and live-action narratives aid the storytelling of this visual album.